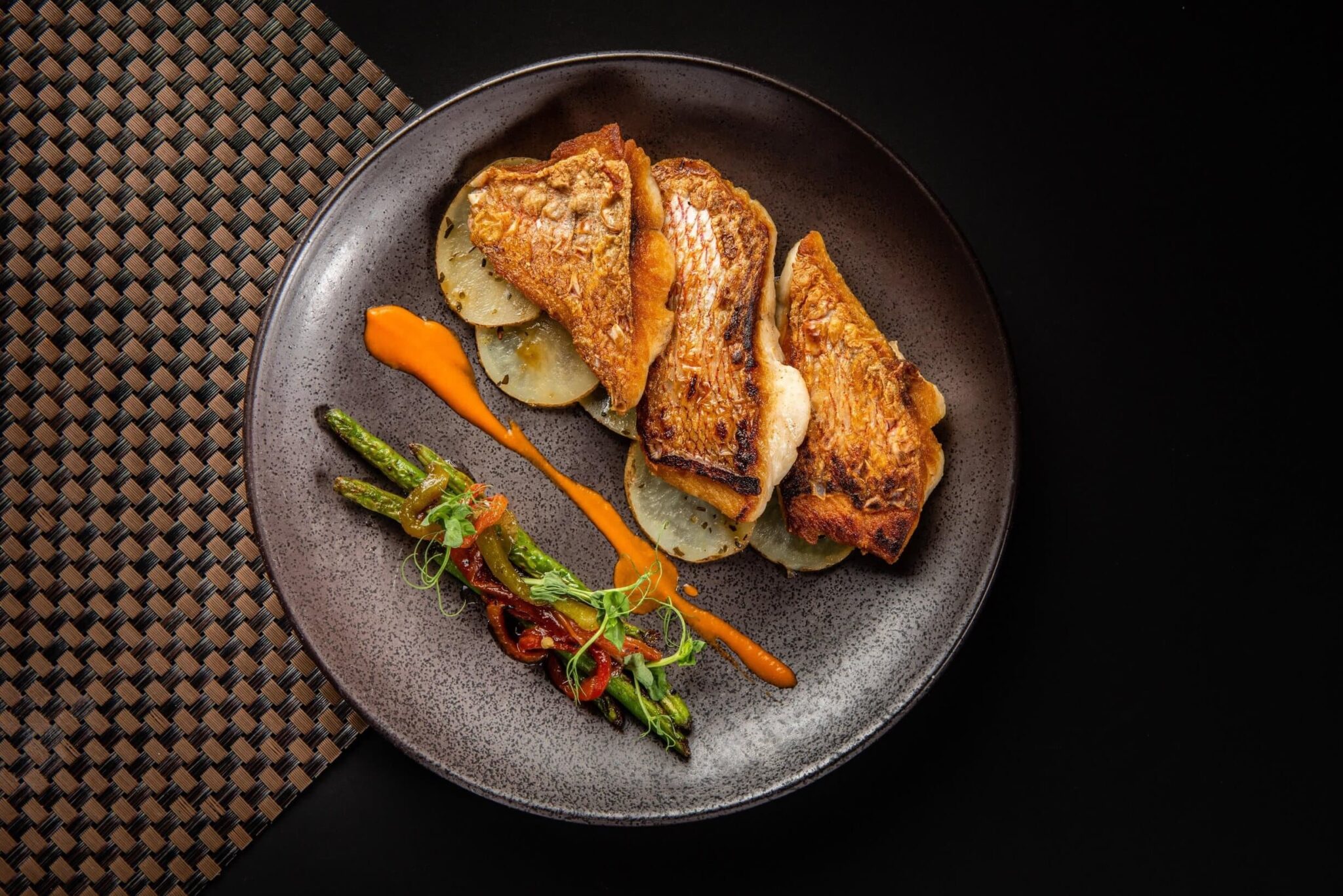 Cuban restaurants aren’t exactly rare on Calle Ocho, but Sala’o Cuban Restaurant & Bar stands out among them for its contemporary, soulful menu and nostalgia-evoking decor. The eatery recently introduced an all-new menu, courtesy of its newly appointed Executive Chef Alejandro Porben. “I grew up in a coastal town in Cuba where seafood was easily accessible,” he explains. “It’s common in my culture to have pork for the holidays, but sometimes we preferred to have fresh fish. This is a great dish for those who want something light or prefer seafood instead of the traditional ham or turkey.”

For the Spicy Tomato & Green Beans:

To Plate:
Place sliced potatoes on a plate and place the fish over the potatoes. Drizzle with spicy tomato mixture. Next to the fish, place green bean and pepper salad.