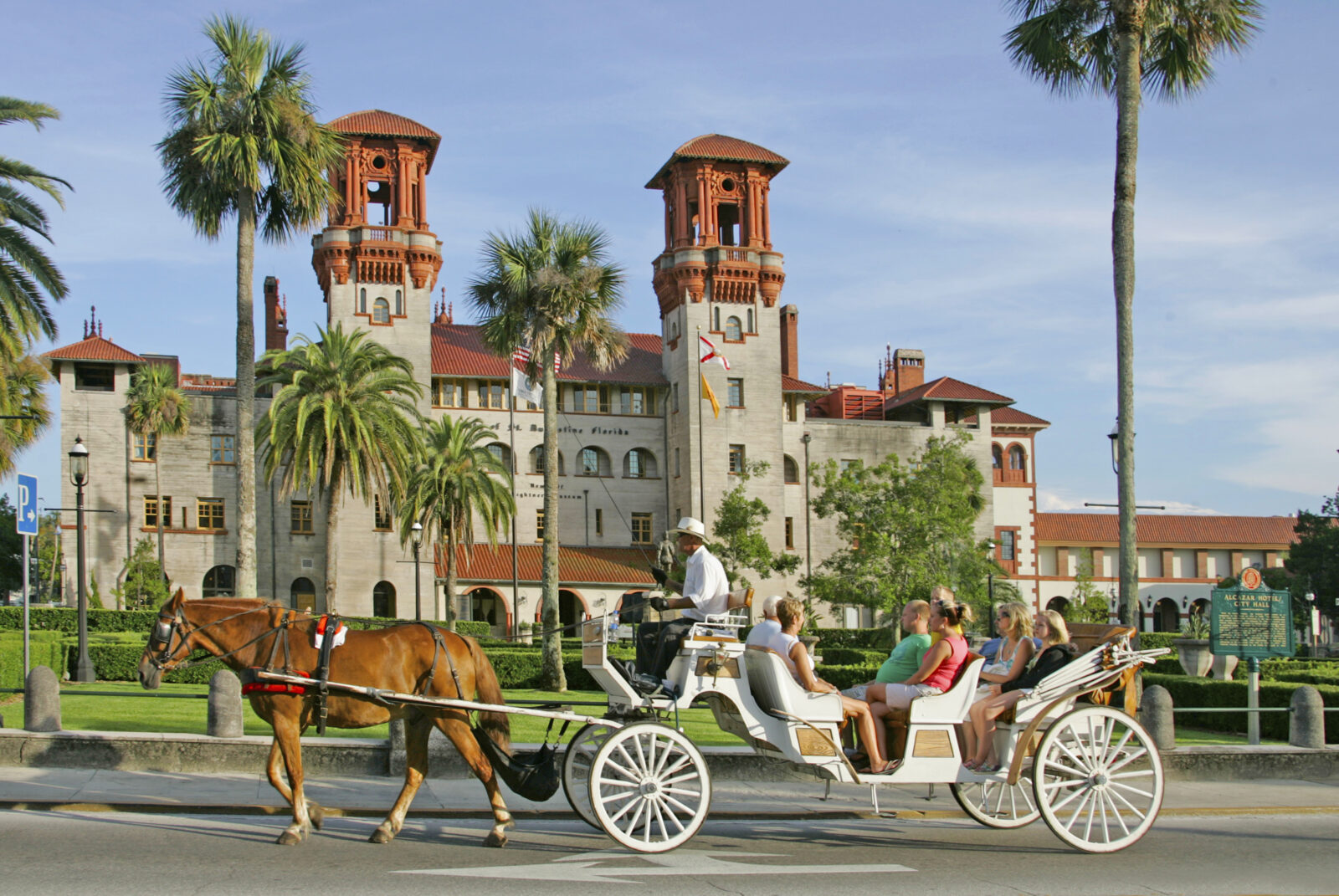 Importance of Being Ernest

At the Key West Shipwreck Museum, visitors are transported to 1856 Key West to be a part of the area’s maritime heritage. Discover artifacts
from the sunken Isaac Allerton and climb the 65-foot lookout tower—if you see a wreck, sound the alarm! Key West; 305.292.8890;
keywestshipwreck.com

A fixture in downtown Miami, Freedom Tower was born in 1925 as the headquarters for the Miami Daily News. But its purpose became even grander when it served as the Cuban Assistance Center from 1962 to 1974, greeting Cuban refugees in search of freedom. The “Ellis Island of the South” is now under the care of Miami Dade College. Miami; 305.237.7700; moadmdc.org

The plucky Turtle Hospital rehabilitates injured sea turtles, conducts research, and has released more than 1,500 sea turtles back to the ocean since its founding in 1986. Visitors are invited to see the facility and meet the turtles on their way back to health. Marathon; 305.743.2552; turtlehospital.org

Remnants of St. Augustine’s colonial past are found in Castillo de San Marcos. The coquina fortress overlooks the Atlantic Ocean, the
perfect spot for the Spanish defending the land in the late 1600s and its service as an American stronghold during World War II. St. Augustine; 904.829.6506; nps.gov

The Secret to Youth

If you could stay young forever, would you? Back in 1900, Dr. Luella Day McConnell believed the storied Fountain of Youth resided on her property, and turned it into a roadside attraction. Now, whether Ponce de Leon did in fact stumble upon the well filled with powers,
you’ll have to find out yourself. St. Augustine; 904.829.3168; fountainofyouthflorida.com

Visions and spirits abound in Cassadaga, a spiritualist community north of Deltona that’s earned itself the nickname of the “Psychic
Capital of the World” for its mediums, healers and messengers. Come to find the light, or simply visit to appease your curiosity—all are
welcome. Cassadaga; cassadaga.org

A Lesson in Art

Connected to Rollins College, the Rollins Museum of Art covers it all—from ancient artifacts to contemporary artwork. The teaching
museum is also home to the only European Old Master paintings in the greater Orlando area. Winter Park; 407.646.2526; rollins.edu/rma

Eatonville—one of the nation’s first self-governing all-Black communities—was home to the prolific writer Zora Neale Hurston, and her legacy lives on in the Zora Neale Hurston National Museum of Fine Arts. Here, visitors play witness to the artwork by Black artists, including quarterly exhibitions for emerging artists. Eatonville; 407.647.3307; zoranealehurstonmuseum.com

Inspired by Edison and Ford

As two of America’s most brilliant minds, Thomas Edison and Henry Ford turned to Fort Myers for rest and inspiration. Visitors to the Edison & Ford Winter Estates can see their laboratories, gardens, historic homes and museum of artifacts. Fort Myers; 239.334.7419; edisonfordwinterestates.org

One of the largest of its kind in the country and founded by a Holocaust survivor, The Florida Holocaust Museum preserves the memory
of the millions who were killed and suffered during the Holocaust—with the mission to teach the dignity of human life. St. Petersburg;
727.820.0100; thefhm.org

In capturing Florida’s swamps, photographer Clyde Butcher showcases his images in solely black and white. See his stunning photographs
and schedule a walk through Big Cypress Preserve to see what inspires you. Ochopee; 239.695.2428; clydebutcher.com

With a 20-foot glass sculpture to greet you, you can’t miss the entrance of the Chihuly Collection. As part of the Morean Arts Center,
the building is a permanent exhibition space for Dale Chihuly’s pieces that evoke movement and a never-ending palette of color. St. Petersburg; 727.822.7872; moreanartscenter.org/chihuly

This story is from the 2022 Annual Florida edition. Click to read more.

Playful Things to Do This Winter in Broward, Boca and Palm Beach

Previous Article
Play, Things To Do

Things To Do, Unwind

Playful Things to Do This Winter in Broward, Boca and Palm Beach

Where to Get Playful in Miami This Winter (and Holiday Happenings!)