It’s not hard to understand why literary greats such as Ernest Hemingway and Tennessee Williams once found refuge in the Florida Keys. The southernmost island chain in the United States is known for its stunning beauty, subtropical climate and laid-back atmosphere, welcoming visitors from all over the world who come for its shimmering waters, unique artistic vibe and unspoiled nature. While seemingly worlds away, the Florida Keys are closer—and have more to offer—than you may think.

Visit a Historic Fortress
Sitting approximately 70 miles to the west of Key West is Dry Tortugas National Park. Only reached by boat or seaplane, this national park limits the number of visitors each year to protect the historic Fort Jefferson that was constructed in the mid-19th century to control the entrance into the Gulf of Mexico. The fort also holds historic significance for serving as a prison for Dr. Samuel Mudd and three others who were charged with conspiracy in the assassination of Abraham Lincoln. 100 Grinnell St. (Ferry Terminal), Key West; 800.634.0939; drytortugas.com

Become One with Nature
The Key West Botanical Garden, with its nearly 15 acres of land, bordering a golf course, is the only frost-free botanical garden in the continental U.S., featuring native hammocks of trees not found in most of the country—or most of Florida for that matter. The native garden acts as a natural conservation habitat for neo-tropical birds migrating to and from South America, serves as an educational facility for local children and hosts many community functions throughout the year. 5210 College Road, Key West; 305.296.1504; keywest.garden

Join the Community’s Arts Scene
Live music and theater are prevalent all over Key West. The Studios of Key West brings all art mediums together at its new downtown location. It hosts art exhibitions and musical performances, debuts new plays and even hosts monthly artists in residence to expose the community to not only local artists, but artists from all over the world. Art, photography, and writing classes are also available for the members and community. 533 Eaton St., Key West; 305.296.0458; tskw.org

Discover Key West’s Eclectic History
There’s no better example of “local color” than going on Lloyd’s Tropical Bike Tour, a leisurely bike tour that will entertain and guide you through the streets and lanes of Key West, where you’ll learn about the architectural vernacular of our historic homes, how to identify tropical trees from both scent and taste (when possible) and find out where its famous residents lived. 601 Truman Ave., Key West; 305.428.2678; lloydstropicalbiketour.com

Witness a Sleepy Island’s Awakening
Just a bridge away from Key West is Stock Island, which is seeing a resurgence, transforming from a sleepy fishing village to a cool place to hang out. Nestled between fishing warehouses and mobile home parks are boutiques, art colonies, trendy restaurants, luxury marinas, a craft brewery and new hotels, including The Perry Key West, which recently added an additional 10,000 square feet of amenities to its award-winning property. 7001 Shrimp Road, Key West; 305.296.1717; perrykeywest.com

Notice the Hidden Gems
While much attention is paid to photo ops at the Southernmost Point buoy, few notice the small concrete building just to its left known as the Cable Hut. It was brought down on Flagler’s railroad in 1917 to secure the new international telephone to landline connections. This was the third international cable run from Key West to Havana; the first was installed in 1867 for telegrams. 400 South St., Key West 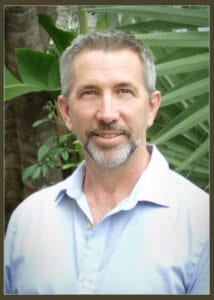 About the Author:
Paul Hayes is a nearly 30-year resident of Key West who still loves the Florida Keys and what the community offers. Whether driving down or flying in, the magnificence of waters creates the same magic for Paul as it did on his first visit. Paul is owner/broker of Rent Key West Vacations and Beach Club Brokers, both small boutique businesses focused on daily, weekly and monthly vacation rentals and real estate sales, respectively. 305.294.0990; rentkeywest.com

Japan: Land of the Rising Sun