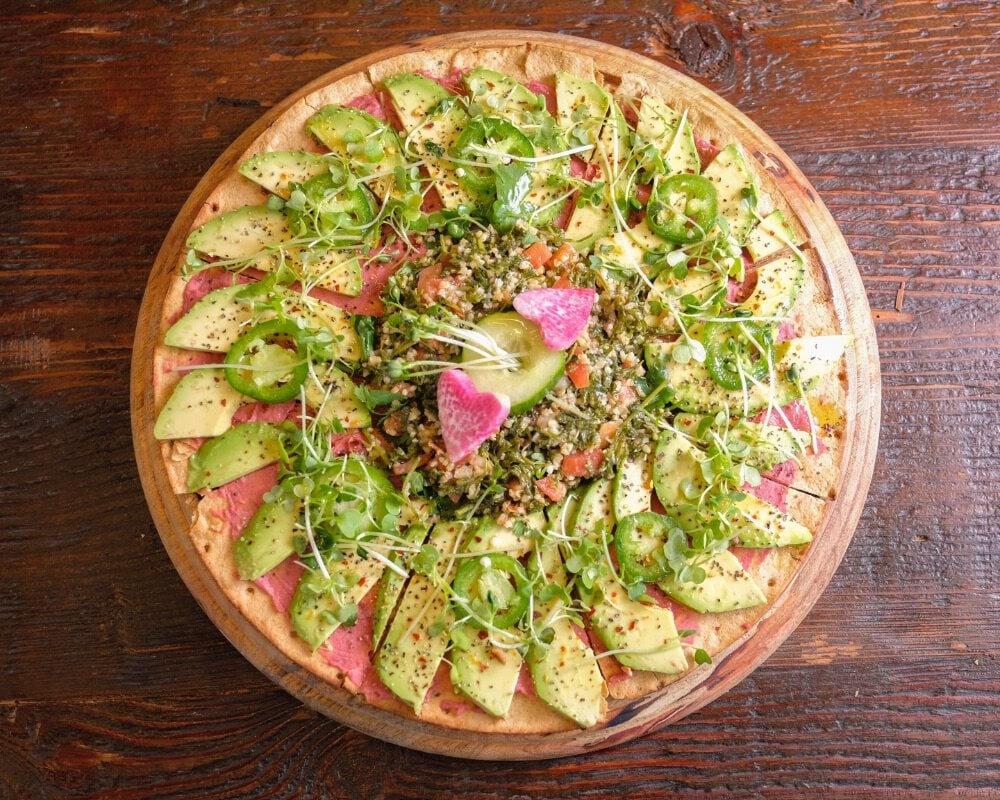 The avocado pizza from Necessary Purveyor at Miami Beach’s Lincoln Eatery food hall is not your typical pizza. The delicacy, created by chef and owner Tyler Dabestani, is crafted on a whole-wheat pizza crust with red beet hummus as the sauce and topped with cilantro, quinoa tabouli, avocado, jalapeño and daikon sprouts. “The recipe is based off of fresh foods found in the American South, as we find our menu inspiration from the time that I’ve spent in the Carolinas,” Dabestani says. It is one of the Lincoln Eatery’s best-selling items, not to mention the most Insta-worthy! 723 N. Lincoln Lane, Miami Beach; thenecessarypurveyor.com

Method:
Start by putting the crust in the oven for 1-2 minutes at 375 F or until the crust is golden. Begin to spread red beet hummus evenly around the crust. (Recommended to make the red beet hummus spread beforehand by shredding 2-3 farm beets in a blender, 15.5 oz of chickpeas, 2 tbsp tahini and a dash of salt and pepper to your liking.)