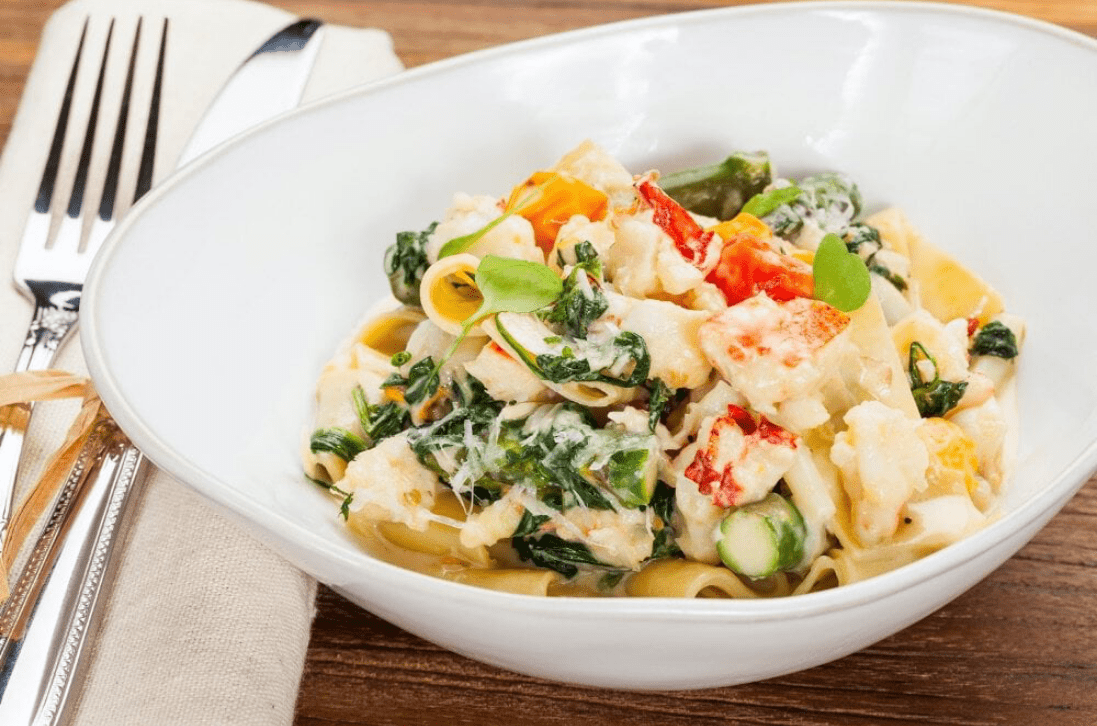 Equal parts sultry and swanky, The Ritz-Carlton, Fort Lauderdale sets the scene for the Prohibition era–themed Burlock Coast. The classic lobster pasta is a favorite of Executive Chef Paula DaSilva, a former Hell’s Kitchen runner-up. “This dish delivers with fresh, light flavors and a creamy sauce that isn’t overpowering or too heavy,” she says. “It’s great for summer, when Florida lobster is in season. We serve it with spinach, tomatoes and asparagus, but it also goes great with mushrooms. If you prefer, you can substitute the lobster for shrimp.” 1 N. Fort Lauderdale Beach Blvd., Fort Lauderdale; 954.302.6460; burlockcoast.com

Ingredients:
1 quart lobster stock (substitute lobster or any seafood base from your local market)
1 quart heavy cream
¼ pound brie
4 oz truffle oil
1-1½ pounds dry pappardelle pasta (or you can make your own)

Method:
Reduce the seafood stock or broth in a large sauce pot until reduced by ¾ of the original amount, about 1 cup of liquid. Add the cream to the pot with the truffle oil and reduce by ¼ until the sauce has thickened. Once the sauce has reduced, remove pot from heat and add the brie (cut in chunks) and let steep for 20 minutes. Use an immersion blender or a regular blender to purée the sauce. This will thicken further. Strain through fine strainer and season with salt and pepper to taste. Boil pasta according to the manufacturer’s directions. Divide into portions and serve the sauce over the pappardelle.