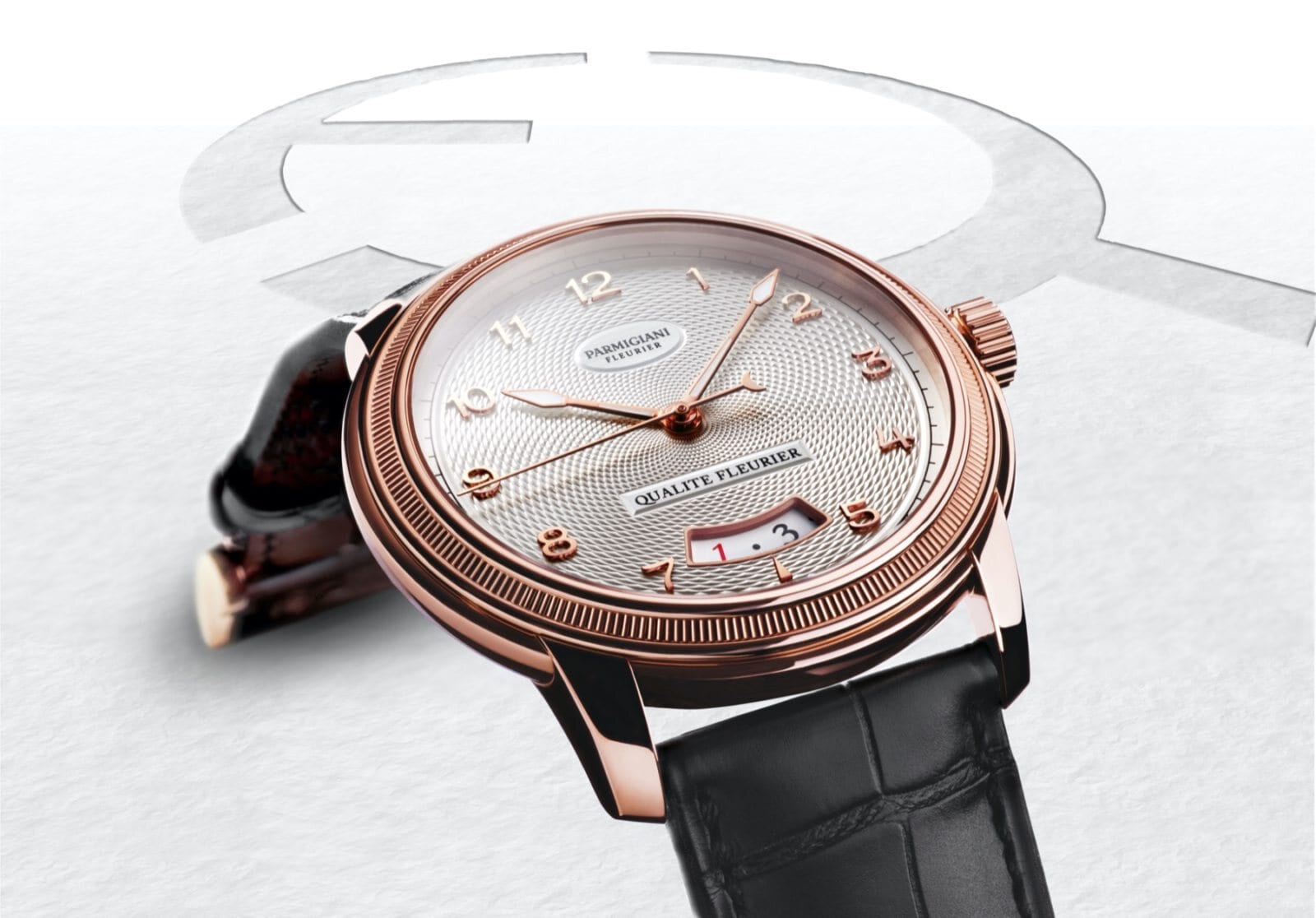 All in the Details
The true signs of watchmaking mastery are found in the smallest details, as evidenced by Parmigiani Fleurier’s Toric Qualité Fleurier. The timepiece dazzles with a hand-knurled bezel spun upward of 1,000 times and a stunning dial knurled using a hand-guillochage technique, which generates a light-catching pattern Parmigiani refers to as “rice grain.” Added intricacies include 18-karat rose-gold appliqués, javelin-shaped hands and the 32 diminutive jewels found inside the case. Starting at $24,500; parmigiani.com

Think Thin
Rado commissioned award-winning British designer Bethan Gray to craft its intriguing new True Thinline Studs timepiece, now the thinnest ceramic watch ever produced by the Swiss horology brand (its monobloc case measures just 4.9 mm). The color scheme makes a powerful statement with its polished dial adorned with six shades of black, highlighted by a thin gold stripe around the dial and on the crown. A supple black leather strap is accented by gold studs, adding another touch of simplicity to the highly complex 1 mm movement. Limited to 1,001 pieces. $1,950; rado.com

Back to the Future
Enamored by the rigorous Swiss-German watchmaking culture and captivated by traditional Swiss-French techniques, Urwerk founders Felix Baumgartner and Martin Frei aim to elevate the grades of difficulty and precision with all of their exclusive watch creations, including the new UR-111C. Predated by the highly challenging UR-CC1 King Cobra, this self-winding masterpiece crafted in polished steel and anodized aluminum is a testament to the brand’s expertise in complex micromechanics and a passion for sci-fi-like design. Powered by 37 jewels and boasting a 48-hour power reserve, the 42 mm UR-111C displays minutes in two different ways, while the seconds are shown courtesy of precisely aligned optical fiber under the sapphire crystal-lined lower cylinder. $131,500; urwerk.com

Up in the Air
Vacheron Constantin’s Métiers d’Art Les Aérostiers collection celebrates early pioneers of aviation with a series of five timepieces, each depicting a groundbreaking hot-air balloon flight that took place in France between 1783 and 1785. For the Paris 1783 model, a royal blue dial finished in a traditional French enameling technique highlights a handcarved, 18-karat yellow-gold bezel. This provides a gorgeous background fit for the ornamental balloon, which was created by plique-à-jour artisans who began with solid gold and gradually removed material until the final shape was conceived. $135,000; vacheron-constantin.com