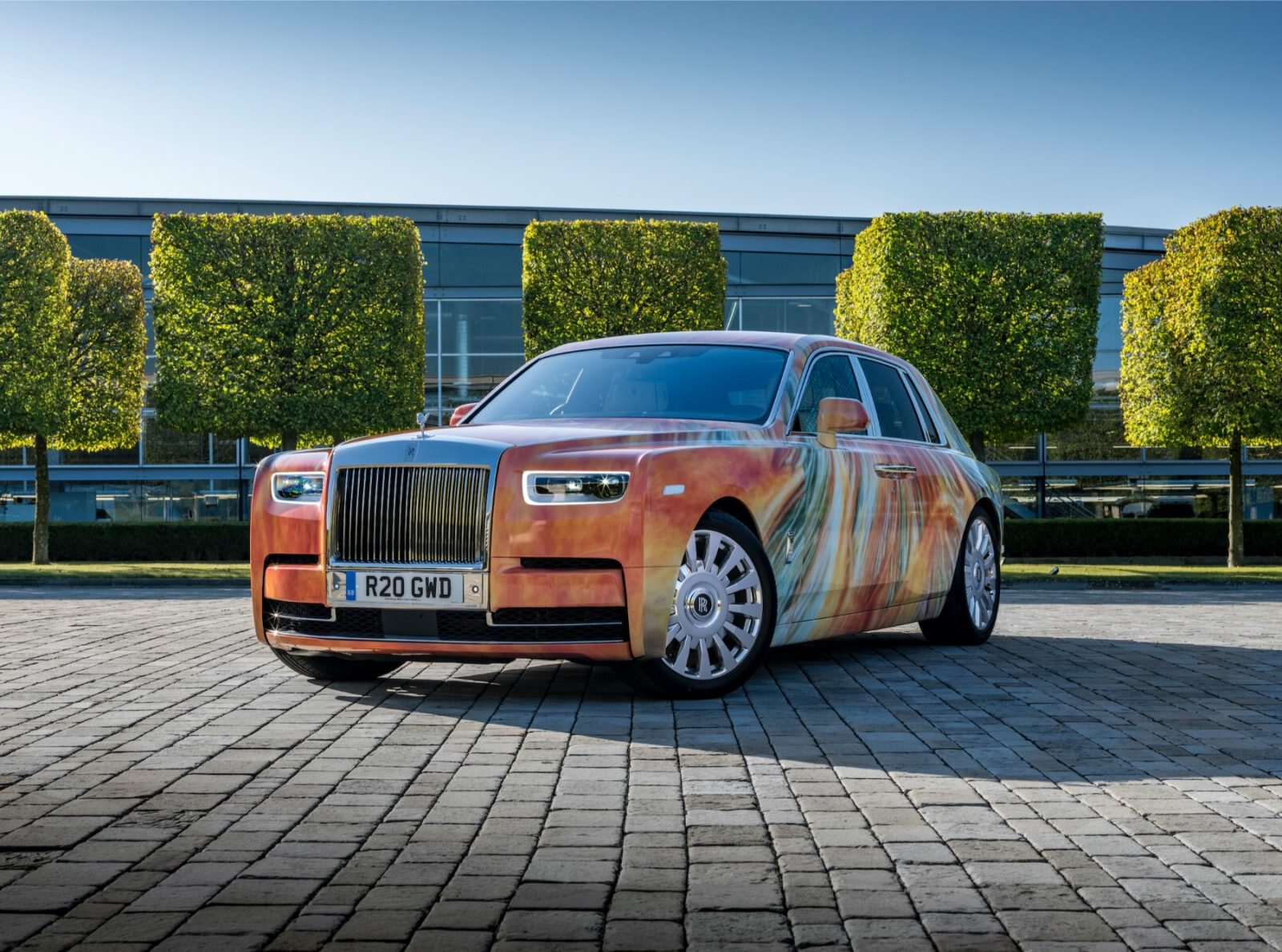 In the Eye of the Beholder
The Rolls-Royce Phantom boasts an incomparable presence in terms of opulence, but no other Phantom will ever dazzle like the one British artist Marc Quinn designed for one of the automaker’s best clients. Inspired by the painter’s “IRIS” series, the contemporary design is modeled after the eye color of the owner’s daughter, using a variety of pastels such as sage green and orange. This 20-foot-long Phantom isn’t the first range-topping art car from the brand. That honor goes to the psychedelic 1965 Phantom V, which is owned by Beatles legend John Lennon. marcquinn.com

Orange Is the New Black
The performance credentials attributed to the Lamborghini Aventador S demand an equally enigmatic exterior, so it’s no surprise that Sant’Agata Bolognese commissioned 19-year-old L.A.–based pop artist Skyler Grey (known as the “Fresh Prince of Street Art”) to adorn its bodywork. The exclusive creation uses the Aventador’s three-dimensional frame to awaken multiple animated images on the Arancio Atlas orange paint, including numerous Raging Bulls and a tribute to Andy Warhol’s “Campbell’s Soup Cans.” It took Grey nearly a year to finish his design and three weeks to apply it at Lamborghini’s new paint shop in Italy. skylergreyart.com

At the Speed of Light
Fast, exclusive and sophisticated are just a handful of ways to describe the Bentley Continental GT. But now, Icelandic-born artist Katrin Fridriks has added a few adjectives of her own to the British masterpiece. Part of the artist’s Speed of Light – Commander show, this dramatic art piece features a limited color palette, opting instead for energetic, liquid-like shapes to accent the coupe’s sculpted silhouette. Every aspect of Fridriks’ creation aims to not only celebrate the luxury automaker’s timeless design, but also its racing heritage. katabox.com

Set Your Compass to Ocean Independence for Superyacht Excellence