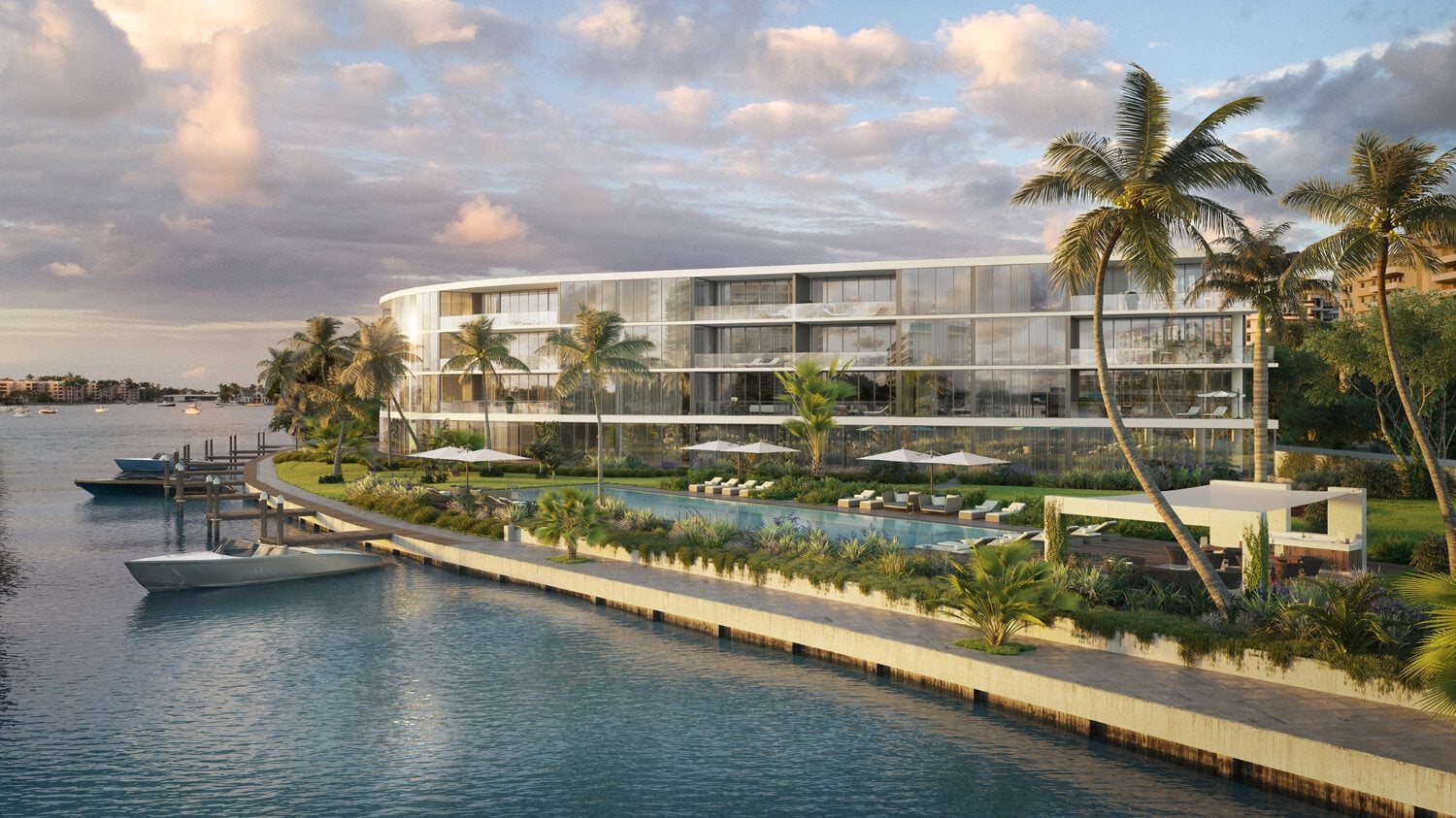 There’s just something about Boca Raton. Whether it’s the extravagant homes, the fabulous shopping, the world-class cuisine, the luxury hotels—or just the seemingly unlimited sun, sand and golf—it’s no surprise that new residents move here every day. Developers have responded, and upscale projects are springing up throughout the city.

“The Boca market has consistently been the strongest out of the more than a dozen markets we cover in Florida,” says Jonathan Miller, president and CEO of Miller Samuel Inc. Real Estate Appraisers & Consultants. “We’re seeing inventory in check and price trends generally moving higher. It’s been consistently doing that for several years, whereas other markets nearby have been choppy.”

One of Boca Raton’s most anticipated properties, ALINA Residences, is slated to welcome its first residents later this year. The nine-story building by El-Ad National Properties will feature residences designed by GarciaStromberg/GS4 Studios. Floor plans include one to four bedrooms, plus seven villas that open to expansive lanais and private gardens. The project has over 32,000 square feet of amenities, including nearly an acre of outdoor green space with private cabanas, fire pits, a dedicated yoga area, a kitchen and a dog park. Indoor amenities include a two-story fitness center and his-and-hers spa facilities.

“There hasn’t been a new condo development of this type that’s ultra-luxury, boutique and on the water in several years, so we’ve seen immense interest from buyers,” says Liliana Paez, CEO of Key International Sales and the sales director for Boca Beach House. “The units are some of the largest in the area for condos—comparable to some multi-story homes.”

A bit further west, at the busy intersection of Glades Road and State Road 7, you’ll find Uptown Boca, a mixed-use development that provides a live-shop-dine environment. The project includes space for retail, restaurants and one- to four-bedroom luxury apartments.

Where to Live By How You Live: Florida

U.S. Real Estate Guide – Where to Live by How You Live