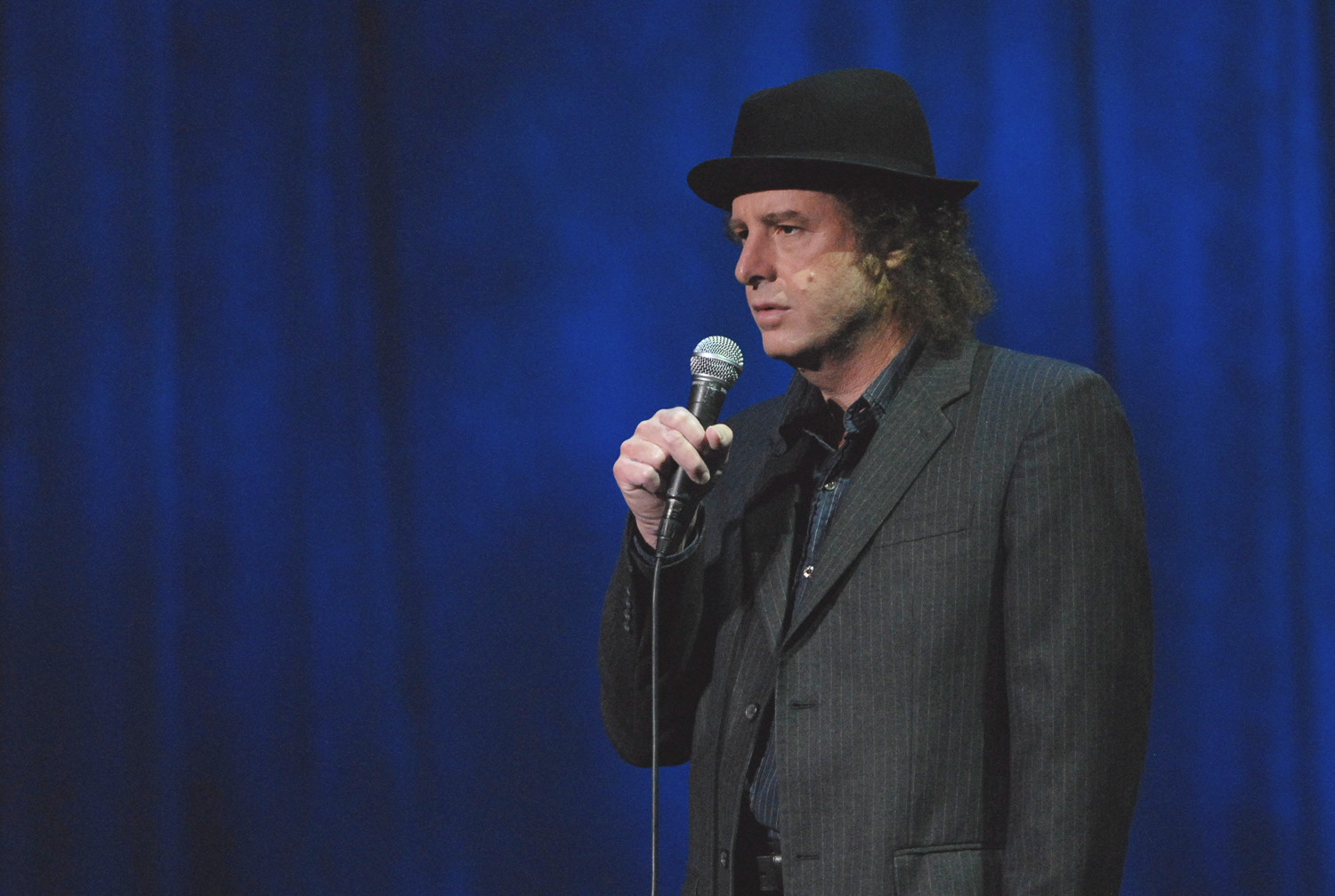 A stand-out talk show stand-up from Johnny Carson and Dave Letterman to Conan O’Brien, Jimmy Kimmel and Seth Meyers, Steven Wright has been cracking-up audiences for nearly 40 years with his deadpan delivery of ironic, philosophical and nonsensical jokes, non sequiturs and one-liners. His comedy career includes the Grammy-nominated albums I Have a Pony and I Still Have a Pony, as well as the popular A Steven Wright Special and Wicker Chairs and Gravity, both on HBO.

In 1989, he received an Academy Award for Best Short Film for The Appointments of Dennis Jennings and has co-starred in such hit movies as Desperately Seeking Susan, Mike Meyers’ So I Married an Axe Murderer, Oliver Stone’s Natural Born Killers, Nora Ephron’s Mixed Nuts, Albert Brooks’ The Muse, Dave Chappelle’s Half-Baked, and the Jim Jarmusch film Coffee and Cigarettes. In addition, Wright was a featured voice in such diverse flicks as Reservoir Dogs, Babe 2, and The Emoji Movie.

In 2008, Wright was the first inductee into The Boston Comedy Hall of Fame, and in 2013 he received the prestigious The Johnny Carson Comedy Legend Award.

Tickets are available for purchase by calling the Box Office at 954-344-5990 or by going online to www.TheCenterCS.com.
Ticket Prices start at $28.