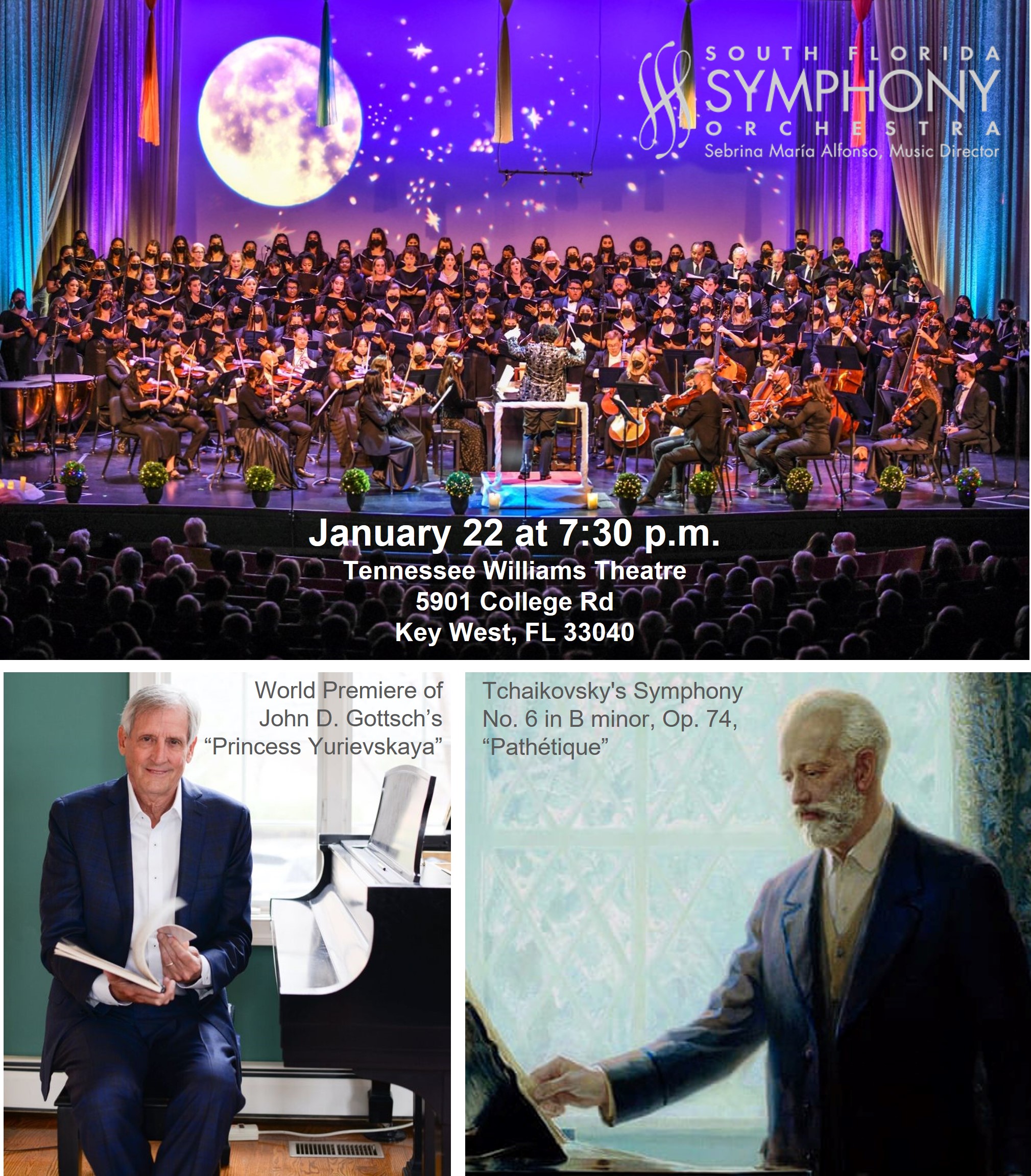 South Florida Symphony Orchestra (SFSO) rings in 2022 with the old and the new! The esteemed orchestra, conducted by Sebrina María Alfonso, will perform the world premiere of local composer John D. Gottsch’s Princess Yurievskaya followed by Tchaikovsky’s Pathétique as part of its Masterworks III series. The concert will commence on January 22, at 7:30 p.m., at the Tennessee Williams Theatre.

The concert will begin with the premiere live performance of Princess Yurievskaya by SFSO composer-in-residence, John D. Gottsch. Princess Yurievskaya charts the passionate love of Catherine Dolgorukova and Tsar Alexander II — from their first meeting and eventual marriage to his assassination. This vivid narrative is full of exciting dances and torrid romance, irradiated with evocative orchestral solos.

Tickets for Masterworks III: Tchaikovsky & Gottsch start at $25 for the Tennessee Williams Theatre at The College of The Florida Keys (5901 College Road, Key West) and are available at southfloridasymphony.org/masterworksiii. Additional health and safety concert attendance protocols can be found on the site. Student tickets and group rates are also available by calling (954) 522-8445 or emailing info@southfloridasymphony.org.