Painting Enlightenment: Experiencing Wisdom and Compassion through Art and Science 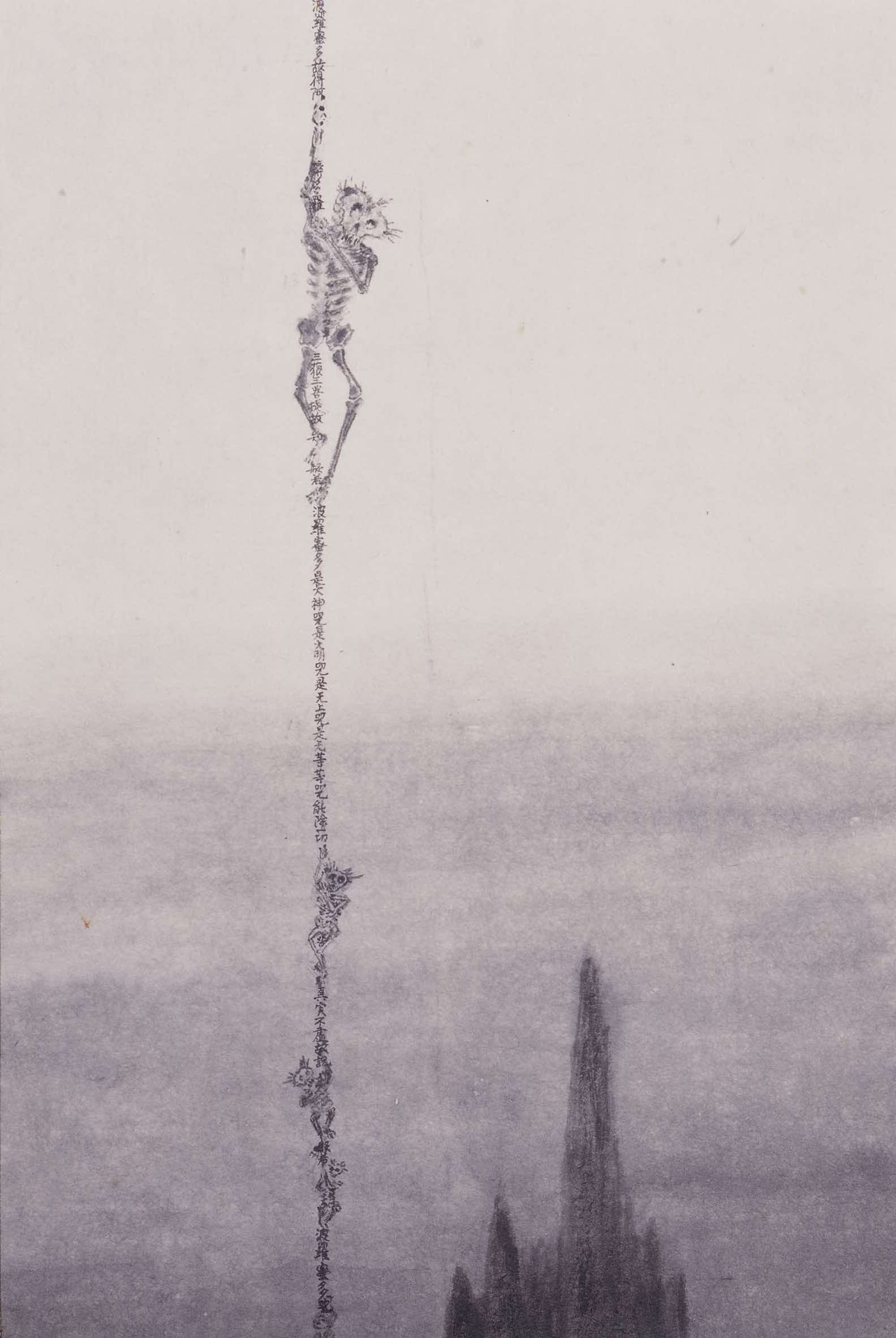 The paintings create a contemplative journey and meditations on the interconnectedness of the universe. Iwasaki collapses distinctions between image, text, and thought with imagery representative of both scientific phenomena and Buddhist principles. He forms the images by using characters from the sacred Buddhist text, the Heart Sutra.

Upon retiring from a career as a research biologist, Iwasaki expanded his personal
practice of copying sacred texts, called shyakyō – a form of devotion with a long history
in Japan. In his unique process, instead of separating the verses written into vertical
blocks, he reconfigures them into images such as DNA, lightning bolts, bubbles, atoms,
and ants. He created this artistic practice to express the intricate relationship between
science and Buddhism.

Painting Enlightenment will be on exhibit at the Morikami Museum through Sept. 19,
2021.