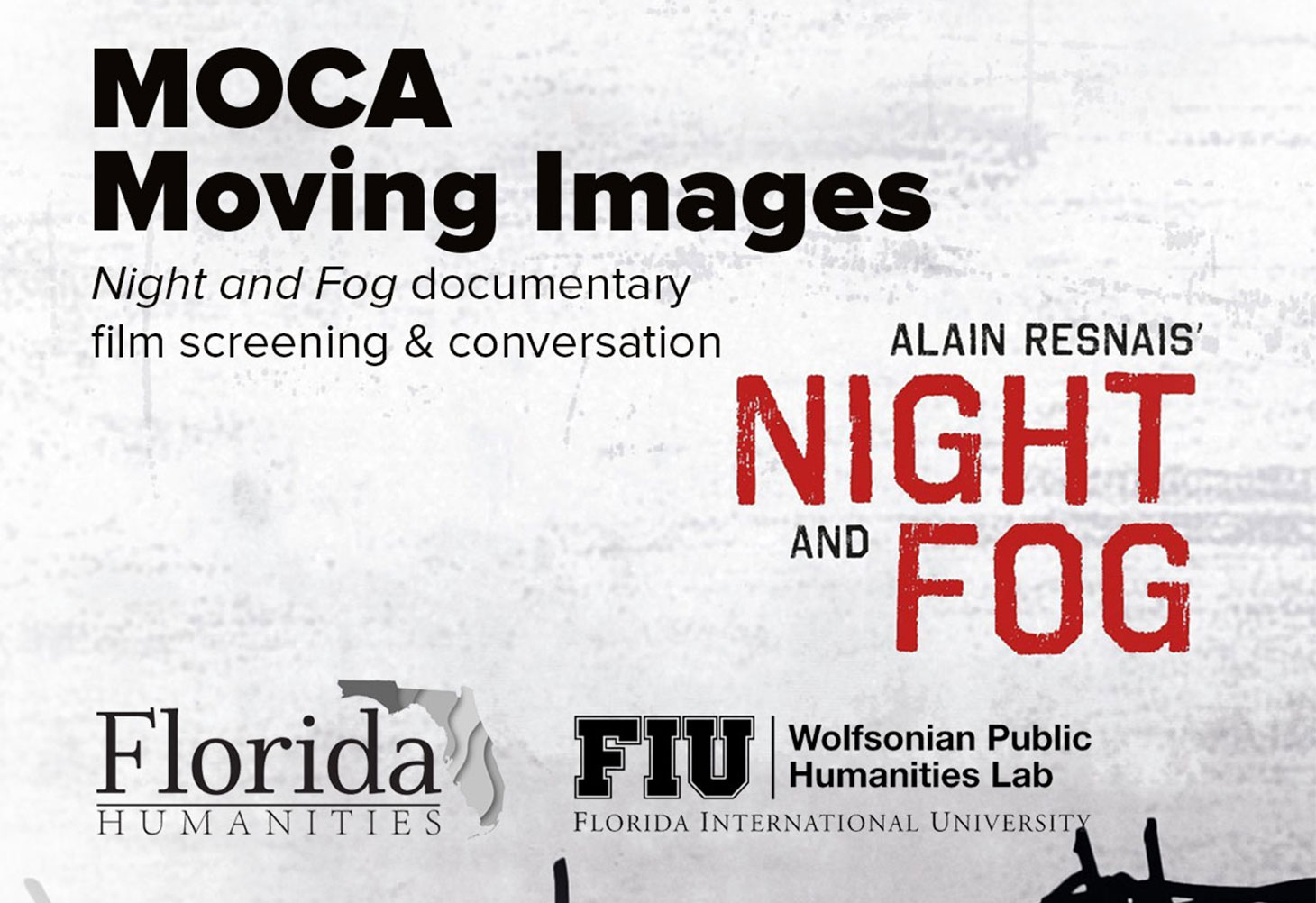 Ten years after the liberation of the Nazi concentration camps, filmmaker Alan Resnais documented the abandoned grounds of Auschwitz and Majdanek in Night and Fog (Nuit et Brouillard), one of the first cinematic reflections on the Holocaust. Juxtaposing the stillness of the abandoned camps’ empty buildings with haunting wartime footage, Resnais investigates humanity’s capacity for violence and presents the devastating suggestion that such horrors could occur again. After the documentary, there will be an open discussion on understanding historical questions raised in the film and universal questions about justice and humanity. Panelists include Dr. Terrence Peterson, Assistant Professor of History at FIU, and Dr. Oren Stier, Associate Professor of Religious Studies and Director of the Holocaust Studies initiative.