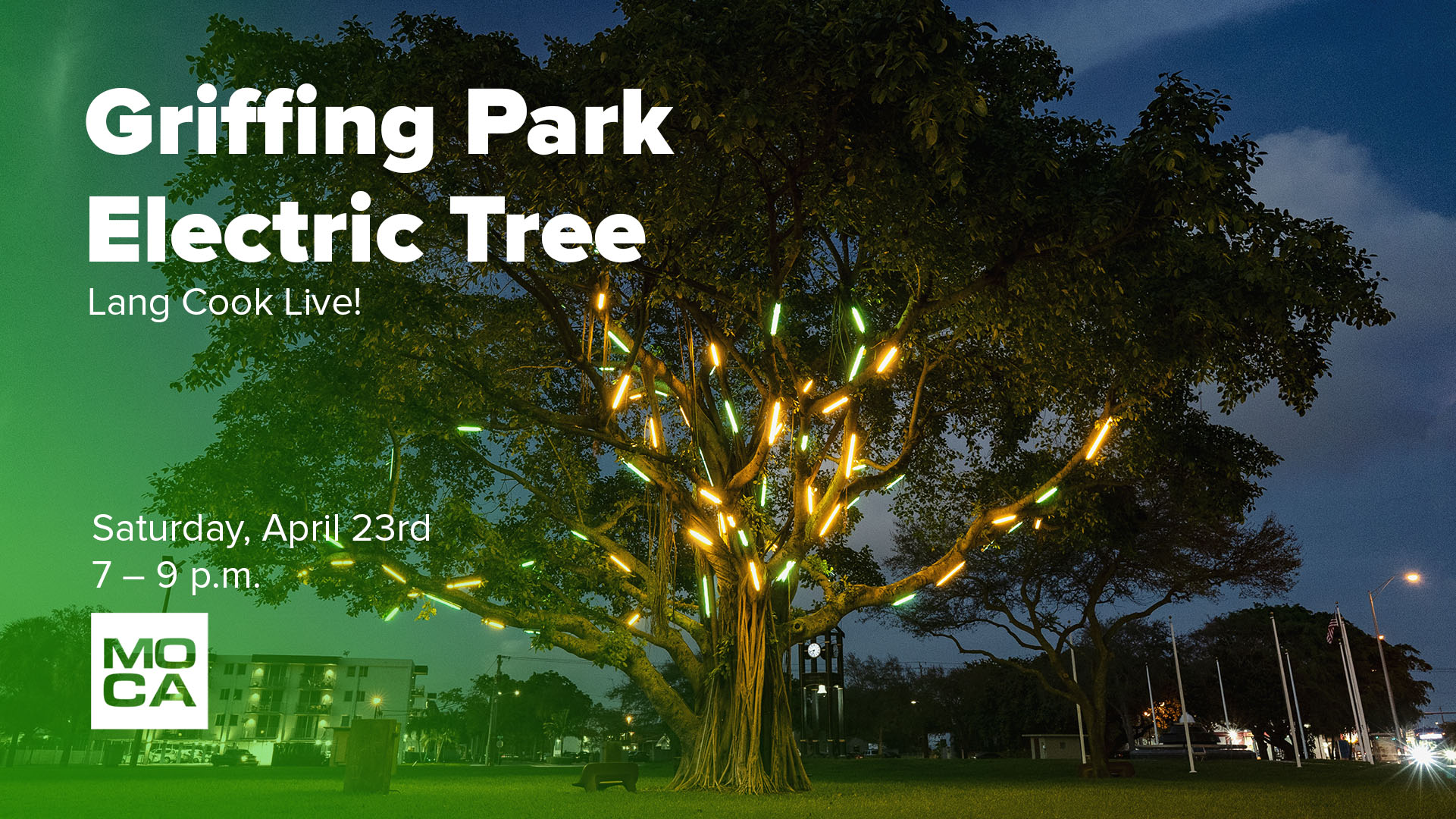 MOCA North Miami is proud to partner with Terrestrial Funk for an evening of funk under the glow of the Electric Tree in Griffing Park on Saturday, April 23 from 7 p.m. – 9 p.m. Together, guests will celebrate artist Mark Handforth’s vision of a community with food trucks, shop vendors, and local musician Lang Cook, the man behind the iconic ’She’s Hot With 2,000 Watts.’ This synth-heavy record, recorded in Liberty City in the early eighties and recently reissued by Miami label Terrestrial Funk, marks the rebirth of a Miami legend. This is Lang Cook’s sole body of work, to which he lends his unique style and approach to the recording process.

The performance will open with Brother Dan, who has been DJing over the past 15 years and collecting emotive and invigorating music that speaks to all walks of life. In 2018, he was named DJ of the Year by the Miami New Times. He is the mind behind Terrestrial Funk, which operates as a record label as well as an online record store.

Teddy Studstill will be the accompanying guitarist. An unsung hero of the South Florida music scene, Studstill’s contributions span four decades and include the production of legendary records from Harris Mazyck and the late Luke Jasmin.